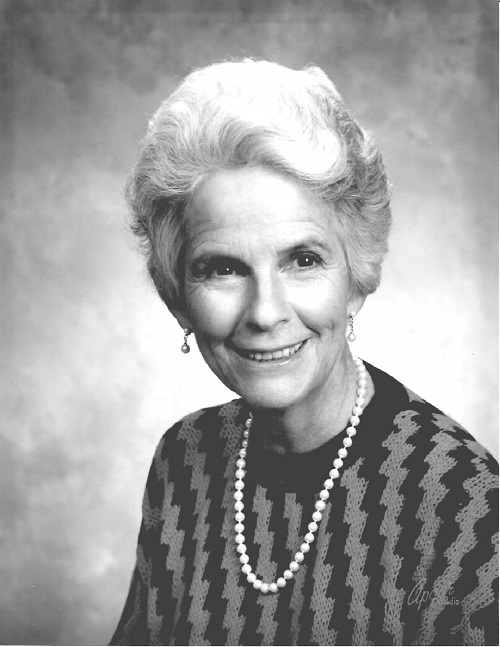 Penelope “Penny” Stillman Wolfe, a woman with a sparkling spirit, a yen for adventure and a love of chocolate, died peacefully on February 6, 2022 at her home in Southwest Harbor. She was born September 1, 1929, the youngest of six children of Dr. Ernest G. Stillman and his wife, Mildred Whitney.

As a child, Penny spent winters in Manhattan and summers in Seal Harbor, only missing one summer during World War II.  Never one to be pigeonholed, Penny studied electrical engineering at Cornell University.  She did not graduate, however, for her first marriage to A. Dale McMullan and the birth of Elizabeth, and soon after of Andrew, took precedence.  A second marriage to Richard C. Paine, Jr. added Diana and Tina to the family. Eventually she completed a B.S. and M.S. in counseling from Florida Atlantic University.

Travel, photography, gardening and cooking were her passions, all of which Penny excelled at. In the late 1950s, Richard and Penny Paine bought Hardwood Island in Blue Hill Bay where they camped with Liz and Andy while building a home.  In 1963, they co-founded the Seal Cove Auto Museum.  In the summer, they would tour around Maine in anything from a fire engine to a Packard.  Nothing fazed Penny, not even the Duesenberg’s brakes failing as they were coming down Cadillac Mountain.

Later in life, travel took Penny off the beaten path to photograph polar bears in Manitoba, Canada.  She returned with a wolf – Dr. Otis Wolfe, that is.  They married and lived in Arizona, between photographic expeditions to Africa and Antarctica and around the world.  Penny kept up with world affairs, reading widely, and listening to the “Sabbath Gasbags”, her term for “Meet the Press”. For all her travels, however, Penny often said that “Maine is the place that I love above all others.”  She followed a family tradition of anonymous philanthropy.

The final chapter of her life was spent at the home she built on Clark Point Road, overlooking the busy harbor.  Her days were filled with frequent visits from her children and grandchildren.  Her wonderful caregivers kept her “fat and happy” until the very end.

There will be a celebration of her life in the late spring.  Gifts in Penny’s memory may be sent to the “School of Policy and International Affairs”, c/o the University of Maine Foundation, Two Alumni Place, Orono, ME 04669.