Sullivan, Maine — Ginia Davis Wexler was born and raised in Philadelphia. She died on June 7, 2017, at the age of 99.  She was the oldest of five children born to Hilda and Meyer Davis.  Her father, Meyer, was the famous society orchestra conductor, and her mother was a pianist and composer. Ginia’s uncle, the conductor Pierre Monteux, was married to her mother’s sister. Her family received numerous visiting actors and musicians in their home and Ginia grew up surrounded by music of all kinds.  In 1968 she married Morris M. Wexler, who died in 1993. She is survived by her stepson, Lewis Wexler, who lives in Philadelphia, and niece, Mavis Melissa Davis, who lives in Maine, as well as other relatives.

She wrote that she wants to be remembered “as an artist and a presenter of artists to children and adults.  She was a communicator and a concerned human being towards all the problems of humanity.  She believed in one world, no war; peace among all peoples.”

Ginia was once asked, “What gives your life its purpose and meaning?”  She responded, “The beauty in music, art, nature.  The kindness of people.  The joy in having a pet. The smiles and joy of children.  The possibility of peace in this beautiful world we inhabit. All mankind living in peace.” 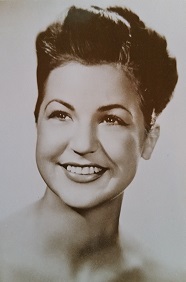 Her career as a singer embraced opera, recital, orchestra appearances, theatre and folk music.  Some of her performances have been with the Royal Belgian Opera in Brussels, the Pittsburgh and London Symphonies, “Call Me Mister” on Broadway and many New York recitals.

Ginia traveled around the world and collected songs in many lands.  She sang in 22 languages. She performed for children as an ambassador for the U.S. Information Service under its Cultural Exchange Program, in India, Africa, Europe and elsewhere, as well as for the Armed Forces.

Ginia’s maternal family has roots in Bar Harbor, and she owns a farmstead in Sullivan.  It was here every summer that she organized free performances for children in her own Barn Theatre, and hired various entertainers for the enjoyment of the children.

She was an original benefactor of The Grand Theater. She directed the Performing Arts for Children Series that took place at the Grand.  She also sponsored scholarships for the arts for students at Sumner High School and Mountain View Middle School.  She was a supporter and Board member of the Pierre Monteux School for Conductors and Orchestra Musicians in Hancock, Maine, as well as an active member of the Sullivan-Sorrento Historical Society.

A Memorial Gathering will be held on Saturday, August 19, 2017 at 1 PM in the Pierre Monteux Forest Studio, 42 Melody Lane, in Hancock, Maine.

A private funeral will be held sometime this summer in Philadelphia at the Joseph Levine & Sons Memorial Chapel, Inc., 215/942-4700, Trevose, PA

If you would like to leave memories or supportive words to family members of Ginia, please go to: www.acadiacremation.com