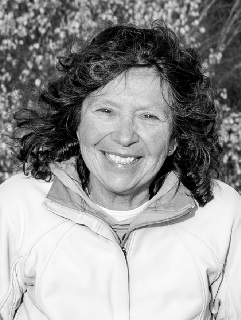 Bernard
Virginia Monica Vendrell died peacefully at home on June 12, 2020 from cancer.
Vicky was born in Buenos Aires, Argentina in December 1949. Her mother and father left Argentina in 1952, bringing Vicky and her sister and brother to the Atlanta area, where they grew up.
Vicky met her future husband, Haywood May, at St. Andrews College in Laurinburg, North Carolina in 1971, and they remained in the area after graduation. Vicky and Haywood took a summer off from work in 1979 and sailed their small boat to Maine, stopping in Southwest Harbor. They were so captivated by Maine in general and MDI specifically that they never left, living in Southwest Harbor and Bernard.
Vicky loved travel and outdoor activities. She and Haywood took numerous sailing trips; they also travelled by land, and they visited Argentina several times. Vicky particularly enjoyed long-distance bicycling as well. She crossed the country several times over a period of 20 years with a women’s tour group, and she rode many shorter trips in the US and Canada with her friend Felice Janes and other biking buddies.
She worked in banking, becoming Treasurer of Bar Harbor Bank and Trust, and later Treasurer of Bar Harbor Savings and Loan. She regularly volunteered in her community, working with groups such as the Southwest Harbor Library and Bar Harbor YMCA.
In addition to her husband, Vicky is survived by a brother, Alex Vendrell (wife Jean) of Lucedale, MS; a sister, Silvina Holland (husband Jerry) of Thomaston, GA; a niece, Lidia Oglesby (husband Chris) of Thomaston, GA; and a nephew, Jamie Holland (wife Angela). After her parents’ deaths, Vicky continued to be in touch with and devoted to her siblings and their children and grandchildren.
A memorial service will be scheduled at a later time.
Memorial contributions may be made to the Southwest Harbor Library, P O Box 157, Southwest Harbor 04679 or Westside Food Pantry, P O Box 767, Southwest Harbor 04679
Condolences may be expressed at www.acadiacremation.com