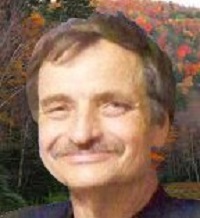 Sullivan – Joseph Edward Stanley passed away peacefully at home August 4th, 2016, at age 64, surrounded by his loving family. He was born October 8th, 1951, the son of Edward and Maxine Stanley of Gouldsboro.

He is survived by his loving wife of 45 years, Cynthia Stanley; and their two children, Crystal Dammschroeder and spouse Marcus of Oakland, and Adam Stanley and spouse David of South Portland; five grandchildren, Calvin Alley and spouse Cynthia, Lake Phillips, Noah Phillips, Samantha Amison, and Conner Dammschroeder; his father Edward Stanley; his siblings, Louis, Victor, Ronald, Barbara Provot, Travisse, Daryl, Mathew, Kent, and their families; two brother-in-laws, Roscoe Martin and Richard Martin, and their families; as well as many other extended family members.  He was predeceased by mother Maxine Stanley.

Joe’s passions were hunting, fishing, and gardening. He served proudly in the US Navy as a Nuclear Machinist Mate aboard the USS DACE.  He also served his community as a lifetime member of the Volunteer Fire Department, working with the Gouldsboro and Winter Harbor fire fighters. In addition to being an accomplished entrepreneur, Joe was also a former Maine Fire Training and Education Instructor.

Joe was a quiet, selfless, gentle, and knowledgeable man with a wonderful sense of humor. An amazing husband and father, he brought a lifetime of happiness to his wife and children. His caring nature and giving spirit touched so many lives and his presence in this world will be deeply missed.

The family would like to acknowledge with deep gratitude the many friends and family members that visited Joe, as well as the amazing Hospice caregivers who provided much needed support, in the final weeks of his wonderful life.

A Celebration of Life will be held Sunday, September 4th.  In lieu of flowers, the family will be accepting donations towards his memorial during the service.