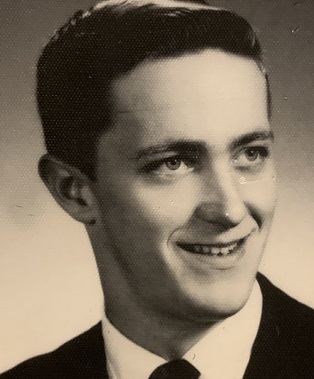 Trenton
Barrett Snow passed away at age 72 of complications related to COVID-19, at the Maine Coast Memorial Hospital in Ellsworth on February 8, 2021. He and his twin brother Brian were born to J. Frederick and Mildred Snow on April 10, 1948 at the Blue Hill Hospital.
Barrett was a graduate of George Stevens Academy, after which, under the apprenticeship of his father, he embarked on a lifetime career as an electrician. Barrett worked for the Rosemyer Gas Company, Kerramerican Mines Corp, and with his brother Michael Snow, Master Electrician. For Industrial Welding and Machine of Portland, he worked up and down the New England coast from Searsport, ME to Rhode Island, maintaining and repairing ship engines for the US Navy, USCG, and foreign ships as well. At one time, Barrett was working on a ship that left port unexpectedly, leaving him stranded onboard, without a passport, for a full two weeks. It was only after Sen. Edmund Muskie intervened that Barrett was able to be safely brought, after sailing all the way to the Gulf of Mexico and back through rogue waves, to shore in New York where he was welcomed by his father along with several Immigration officers. Barrett next worked for Acadia Resorts as a maintenance technician where he was well-liked and respected personally and professionally for his array of skills. He also worked for his son, Barrett, Jr. who owned a boat building business in Providence, RI doing the electrical work.

Barrett (lovingly called Sugarbear) became a faithful member of Alcoholics Anonymous, where he found love and acceptance beyond his imagination. He helped his fellow AA members by driving hundreds of miles transporting them to and from meetings and sharing his stories. He would spend hours repairing furnaces and appliances for members out of the goodness of his heart.

There will be a celebration of life for Barrett next summer. Donations in memory of Barrett may be made to the SPCA of Hancock County, 141 Bar Harbor Road, Trenton 0605 or to St. Jude’s Children’s Hospital, 501 St. Jude Place, Memphis, TN 38105-1905 Arrangements by Acadia Burial & Cremation Direct, 248 State St., Ellsworth
Condolences may be expressed at www.acadiacremation.com