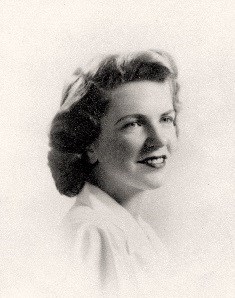 Brooklin — Elizabeth Roxanne Twitchell Sly died Sunday June 4 surrounded by her family in Brooklin, Maine. She passed peacefully and, as with everything in her life, accompanied by the music that she loved so dearly.

Roxanne (Rig to her family and friends) was always grounded in her love for music and her love for Brooklin. Born in 1923 to Dr. Adelbert Birge Twitchell and Alice Wells Twitchell, she grew up in South Orange, New Jersey. She spent most of her summers in Brooklin. Along with her three sisters, Eleanor, Barbara, and Marjorie, Rig would stage plays and musicals, often of their own creation. The woods and shores of Brooklin were their stage. More than a generation later, her family continues to sing in the warm embrace of this same home.

Roxanne was a proud member of the Smith class of 1944. That same year, she married Richard Harmon Sly. Together, they raised three children in Lewisburg, Pennsylvania and Princeton, New Jersey. Through the years, she enjoyed arranging, composing and most of all, singing with others.  Rig founded a women’s singing  group, whimsically named the Opposite Sextet; later her family and friends formed All Good Children, an a cappella jazz octet. Throughout her life, Rig’s ardent love of music and playful creativity was a joy to her, her family, and anyone near enough to listen.

In the early 1980’s, Roxanne moved to Brooklin as a year-round resident. She became an active member of the community, playing a pivotal role in the founding of the Bagaduce Music Lending Library and the Brooklin Keeping Society as well as singing with the Bagaduce Chorale. She explored her passions for music, local history and genealogy. She did extensive work researching and compiling the The Cemeteries of Brooklin, Maine: A Genealogist’s Guide and kept a strong relationship to her ancestral ties in Bethel, Maine. She continued her commitment to the Brooklin Keeping Society into her 90s.

Roxanne’s life was full of people, music and laughter. She was a clever inventor, a joyful sailor, a master gardener, and a riotous poet and lyricist. She had a special gift for conversation that drew out thoughts and inspirations from people across generations and an uncanny knack for changing the subject. These conversations helped her to support so many lives as a dear friend and mentor.

Her family will cherish a multitude of memories rich with caring, harmony and lullabies.

A memorial service will be held on Saturday, August 19th at 2 PM at the Brooklin Baptist Church.