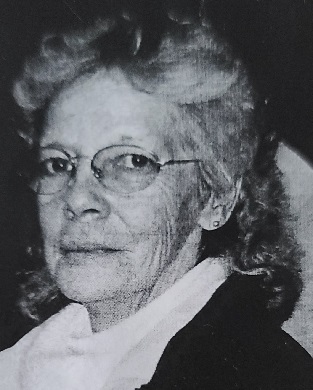 Ellsworth
Bonnie L Sawyer, 67, died unexpectedly at her home of natural causes January 5, 2021. She was born June 20, 1953 in Bar Harbor, the daughter of the late Herbert Decker and Dorothy (Cunningham) Decker.
Bonnie grew up in Ellsworth and lived within a 10-mile radius her whole life. After graduating from Ellsworth High School, she went on to work as a cook at MDI Hospital, Collier’s Nursing Home and Courtland Living Center. She was a proud mother & grandmother. She was widely known for her spunky attitude and foul mouth that came out no matter who she spoke to. She told it like it was but had a heart of gold. She will be forever missed and never forgotten.
Bonnie is survived by her son, Nathan Hardwick and wife Casey Hardwick along with their children, Brittany Moulton, Tyler Hardwick and Chase Hardwick of Ellsworth; daughter, Kimberly Hallett and her children, Mia Sawyer and Mackenzie Hallett of Ellsworth; sister, Cynthia Skidgell and husband John Skidgell of Holden; brother, Bruce Decker of Sullivan; niece, Melissa Lewis and husband Clayton Lewis and daughter Madison Lewis of Bangor; nephew, Chris Decker and daughter Erica Decker of Hancock and Josh Decker of Sullivan
A graveside service at Woodbine Cemetery in Ellsworth will be announced at a later date in the spring. Condolences may be expressed at www.acadiacremation.com