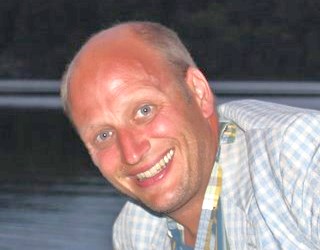 Despite the tragedy of losing his father at a very young age, Nathan stayed strong and flourished in his youth. He attended college at Northeastern, then moved on to graduate from the University of New Hampshire with a degree in business (Class of ‘98). In 2002, while working at Fidelity in Boston, Nathan met Nellie Fox (of Southwest Harbor, Maine), playing in a kickball league.  Amongst an amazing group of friends, the two made an immediate connection and were married on July 30th, 2005 at Trinity Church in Boston.

In 2007, Nathan and Nellie moved to South Portland, Maine. Nathan took a job as an underwriter at ASG Risk Management, where he became an integral member of a closely knit team. On December 16th, 2009 the young couple welcomed triplets Reese, Maizie, and Charlotte (Charlie) Savage into their lives. It was the beginning of a wild adventure. Nathan blossomed as a father, taking on the role that he never had the chance to experience as a child. He grew a love for his children that was above all else. He was the tickle master, the stuffed animal puppeteer, the silly dancer, the opera singer… the man that made everyone laugh with his foolish and spontaneous humor.

Second only to the love he had for his family, Nathan discovered a newfound passion for cycling. In 2012, amid the chaos of raising triplets, Nathan started competing in sprint triathlons. By 2015, he had completed a half ironman and committed to participating in the 2016 Lake Placid Ironman. The competition was to be his 40th birthday present to himself. His dedication was inspiring to all around him and the example he set for his kids will live with them forever. The day before his death, Nathan rode 100 miles around Mount Desert Island, including an ascent up Cadillac Mountain. The joy on his face upon his return is never to be forgotten.

Nathan was loved by all who met him. His energy, passion, humor, and dedication to his family and friends will be eternal.  He leaves behind a community that has already proven to be as loyal to his family as he was. Thanks to his influence and the continued support from family and friends, his three girls will grow up to fulfill every dream he had for them.

A service to celebrate his life will be held at St. Alban’s Church in Cape Elizabeth, ME, on July 16th at 11 am. In lieu of flowers, donations to his children’s college funds are being accepted at www.youcaring.com/savagegirls.