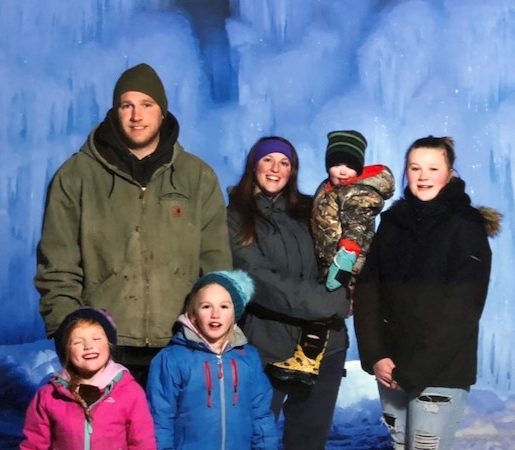 Deer Isle
Ansel Edward Morris passed away June 22, 2020 at the age of 31 at home on Deer Isle. The cause of death was an undiagnosed cardiac problem. Ansel was born on July 6, 1988 in Blue Hill. He went to elementary school on Deer Isle and graduated from Provincetown High School on Cape Cod. He spent much of his life between Deer Isle and Truro, MA before settling on Deer Isle fulltime in 2017. In September of 2018, he married former Trisha Hamor. Together they had three children and Ansel became a father to Trisha’s daughter Ava from a previous relationship. Ansel did concrete work and was an accomplished mason. He deeply loved his family and was a natural and loving father. He was a devoted husband, son, and brother. An avid outdoorsman: he loved to hunt and could spend hours in the woods of Maine and Truro.
Always ready to greet you with a big smile and a bear hug, Ansel will be sorely missed by his tight group of childhood friends and anyone who had the good luck to have known him.
Ansel leaves behind his wife Trisha Morris; their children, Ava, Daisy, River and Briar; his father Peter Morris; his brothers, Ben Morris, Lon Morris, Eric Morris and his sister Alyssa Morris; his mother-in-law Molly Jones; brother-in-law Edward “Scott” Hamor and his large extended Morris family in Truro. He was predeceased by his mother Patricia Morris.

For a second you were flying
Like you always wanted to
Now you’ll fly forever
In skies of azure blue.
We’ll see you smile in every ray of sunshine
after rain
And hear the echo of your laughter over all the pain
The world’s a little quieter now
The colors have lost their hue
The birds are singing softly
And our hearts are missing you
Each time we see a little cloud or a rainbow
soaring high
We’ll think of you gently and wipe
a tear from our eye.
William Morecomb