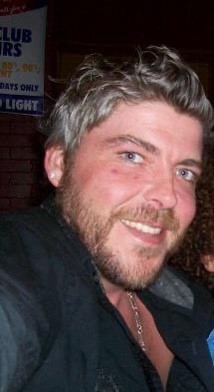 Michael graduated from Hampden Academy, Class of 1997, and went on to join the Army infantry. He spent most of his adult life in the service industry. Whether waiting tables, tending bar, or managing events, he was sure to give 110%. Michael lit up every room with his blue-eyed smile and charismatic personality. He enjoyed playing pool, cooking up gourmet meals, open ‘MIC’-hael nights, and just hanging out with his many friends and family. He always made you feel important and was always giving away a big hug. His greatest enjoyments were spending time BBQ’ing at his aunt Kristen and uncle Kevin’s home in Hampden, time with aunt Hilary, M and ‘the boys’ in Winterport, and hanging with his uncle Christopher and aunt Julie in Brewer. He loved spending time at Halfmoon Pond visiting his aunt Sharon and uncle Dennis, Uncle Arthur, and the rest of the Warman gang.

Michael is survived by his mom and stepdad, Joan and John Mavodones of Waterville, father and wife, Stephen and Monika Warman of Bangor, sisters Mandy Warman and her partner Jason Emery of Indiana, Amanda Hardy and her husband Jason of Exeter, Grandfather George Grover of Florida, two special nephews, Bradley and Alexander, two special nieces, Jillean and Caitlyn, and a very special cousin, Sydney “Cha-cha”. Michael is pre-deceased by his grandmother Boppi, nana Molly, aunts Joan and Jean, grandparents Beanie and Betty, and stepmother MaryEllen.

A graveside service will be held in the spring at Oak Hill Cemetery in Winterport.

In lieu of flowers, donations may be made in Michael’s memory to the Wounded Warrior Project: