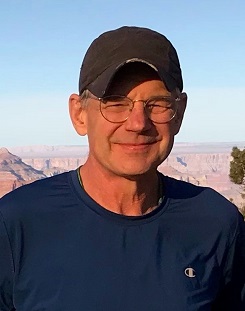 Michael J. O’Donnell, 63, of Southwest Harbor, Maine, formerly of Rochdale, MA, passed away on July 19, 2021, surrounded by his family, after an illness.

Mike was born in Fitchburg, MA and raised in Worcester and Rochdale. He was a graduate of Leicester High School, where he was a three-sport athlete and Assumption College, where he played lacrosse and excelled in football. He was a two-time first team All-American Punter. Mike’s interest in politics led to work in the Massachusetts state legislature as an aide. Mike was elected for two terms to Leicester’s Board of Selectmen at the age of twenty-four. At the time, he was the youngest candidate in Leicester’s history to be elected. After politics, Mike began a successful career in manufacturing, working for Data General and EMC². He then went into business for himself buying and operating Buckley’s Auto Body Shop and later opening his caretaking business, Maine Eyes.

Mike made life-long friends. Known affectionately as “Odie” to his high school friends and “Sasquatch” (Squash) to his college friends, Mike was often considered the ringleader. He loved creating and keeping traditions such as the LHS class of ‘75 vs.76’ day after Thanksgiving football games (forty years running). When a player was ruled out due to hip or knee replacement, Mike recruited his brother-in-law, son, and nephews, and even his father, to play as honorary members. Then there was the tradition of caroling on Christmas Eve, shorter-lived but still memorable for the lack of talent, pure hilarity, and joy it brought to unsuspecting neighbors. And, of course, the ritual of countless camping adventures, road races, and bike trips all over New England. More recently, Mike embraced the group text as a way to stay in touch. He considered it an art form and a platform. Subjects often included politics, children, grandchildren, his nephews, and Boston Sports – The City of Champions.

Nothing made Mike happier than spending time with his family. Again, he would take charge whenever needed, which was often. Every Christmas since he was a teenager, he handed out the gifts from under the tree, often accompanied by a round of “Must Be Santa.” In recent years, Mike added the Yankee swap, where he chose the theme and bought all the gifts. Mike, who was not one to sit still and loved to compete, established the annual Christmas day hockey (ice or street) game because “who wants to sit around all day.” Through all the activity, there was always time for meaningful conversations. Mike was willing to give advice, and would often find a way to relate any topic back to The Serenity Prayer, John Steinbeck (The GOAT), or Warren Zevon, because why wouldn’t you? When conversation failed to heal, he might suggest “sprinting telephone poles” and would willingly join.

Mike and his former wife, Deb O’Donnell, built a post and beam house where second base stood on the field where he grew up playing ball. It was always a place for congregation and celebration. Mike and Deb made two cross country bike trips: once with their two children in tow, while raising money for Type 1 Diabetes. Mike loved his children, James, and Rebecca, immensely and considered them his greatest accomplishment. He greatly enjoyed sharing his life with them. Mike instilled in his children a love of the outdoors and an appreciation for nature. They talked about everything under the sun. When challenged by his daughter about who loved the other the most, his daughter said “I love you…” His response was “I love you plus one.”

After moving to Southwest Harbor, Mike’s goal was to make friends with the locals; a difficult task for anyone who was “From Away.” But not too difficult for Mike as he endeared himself with his distinctive Boston accent and visits to his daily haunts for coffee, cookies, ice cream, and other necessities. He knew he had made it when, while dealing with illness, his refrigerator was filled with casseroles.

Mike is survived by his daughter, Rebecca MacLean (Mike) of New York City and his son, James O’Donnell of Tacoma, WA. He is also survived by his parents, James and Patricia of Rochdale; his sisters Cheryl Klarich (David) of St. Louis, MO; Kelly Kennedy of Rochdale; and Kathleen O’Donnell (Robert Pomer) of Belmont, MA. He was the proud grandfather of Oliver and Eleanor MacLean. Mike loved his extended family of aunts, uncles, cousins, nieces, and nephews. He also loved his friends and was dearly loved by them.

A Celebration of Life will be held on August 8th from 10 am to 2 pm at Seal Cove Picnic Area, Tremont, ME. People are encouraged to bring a chair, fishing pole or kayak to fully enjoy one of Mike’s favorite places. In lieu of flowers, Mike suggested that friends and family do something kind for someone else – a walk, sprint, conversation with a friend or stranger, etc. He would want you to love each other. Plus, one.