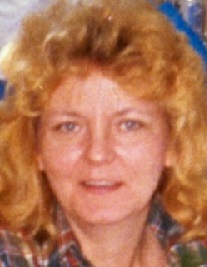 Ellsworth/Hancock – Donna J. McKenney died peacefully surrounded by her family at a Bangor hospital on May 3rd, 2017. Donna was born Nov. 6th, 1944 in Framingham, Massachusetts, the daughter of Otto K. and Lillian L. (Moody) Bahr.

She attended high school in Madison, Maine where she met Robert, her husband of 55 years. They eventually settled in Ellsworth, where they raised their family. Donna was a devoted wife, mother, grandmother, and great-grandmother. She was a homemaker, with many talents and hobbies, far too many to list.

In addition to her husband, and mother, Donna is survived by her children, Tammy and Andy Andrews, Tracey and Todd Blankenship, Trudy and James Martin, Tara McKenney and Craige Williamson, and Tristan McKenney and Will Hardison; nine grandchildren, Megan, Danel, Amanda, Andrea, Paige, Shelby, Blake, Damon, and Josie; as well as two great-grandchildren, Brandon and Lillian. Donna also leaves behind a brother, Dan Bahr and wife Risteen; as well as her step-father, Donald Tully.  She was predeceased by her father.

A private family ceremony will be held at a later date.