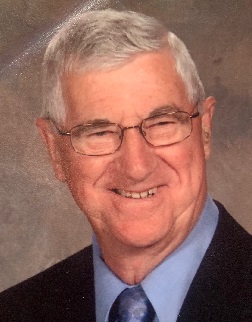 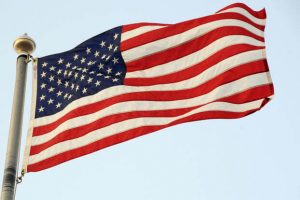 Ellsworth
Maurice Cecil Frost, 91, died June 2, 2020 at Brewer Rehabilitation and Living Center after a short stay. He was born in Mariaville on December 29, 1928 the son of Elwood J. and Flora (Edgecomb) Frost.
Maurice served three years in the U.S. Army. After returning he held many jobs. The one he retired from and everyone remembers him from was as the Maintenance Supervisor at the Hancock County Courthouse where he made many memories and friends.
After retiring, Maurice was always busy and on the go. He enjoyed snowmobiling, spending time at camp, gardening, and spending time with friends and family. He was a member of the Lygonia Lodge and the Anah Shriners where he was Ernie from Sesame Street for 20 years in the Funster Unit.
He is survived by his wife of 67 years, Ellain (Jordan) Frost; son, Jeffrey J. Frost and wife Starr; daughter, Ann Frost Batson and husband Harold. He also leaves behind three grandchildren who were his pride and joy and he had a special nickname for each. “Boy” Scott Frost and his wife Jessica of Houston, Texas, “Punkin” Krystal (Frost) Leighton and her husband Andrew of Ellsworth and “Cherokee” Stephen Batson of Otis. The love of his life in later years were his five great-granddaughters, Jordan Frost of Houston, TX, Olivia, Piper, and Paylin Leighton of Ellsworth and Bostyn Bailey of Florida. He is survived by sister Corace Bunker and husband Sterling of Ellsworth; sister Alta Tate of Ellsworth; and brother Clyde Frost of Bucksport; sister-in-law Joan Jordan and husband Philip and their family; sister-in-law Becky Jordan and family and sister-in-law Ann Jordan and family. He is remembered fondly as Uncle Maurice by many nieces, nephews, and great-nieces and nephews. He will also be greatly missed by many good friends and neighbors. Maurice was predeceased by his parents; his brothers Earle Frost and Laurence “Pudge” Frost; his sisters Ida Whitmore, Vera Awalt, Hilda Jordan, and Evelyn Dunham; and brother-in-laws Perry Jordan and Ronald Jordan.
There will be a family and friend gathering to remember Maurice at a later date.
Arrangements by Acadia Burial & Cremation Direct, 248 State St. Ellsworth
Condolences may be expressed at www.acadiacremation.com