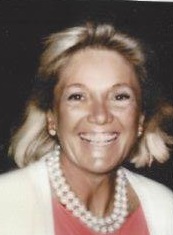 Mrs. Benjamin loved the flowers in the field, a succession of Bichon Frise dogs (jokingly described by a sign on the barn door as “bête et méchant”, or “stupid and malicious”, somewhat inaccurate given the stealth and cunning of their persistent and focused malice toward rugs), the sea, and her adopted Maine home.

A graduate of Vassar College, and former assistant editor of Better Homes & Gardens Magazine, she was a representative of Christie’s in Palm Beach, and served on the committee for the Susan G. Komen Foundation’s “Race for the Cure.” Mrs. Benjamin was the honorary founder and former board member of Wayside House, and received its highest volunteer honor, the Butterfly Award. For many years, she served on the advisory board of the Hanley-Hazeldon Foundation. She was a member of the health grants committee of the Community Foundation of Palm Beach & Martin Counties, and established a scholarship fund through the foundation. Mrs. Benjamin also served as an advisory trustee of the Society of the Four Arts. Maura’s many accomplishments in life included receipt of the Women of Distinction award from Palm Beach Atlantic University and her term as President of the Garden Club of Mount Desert.

Born and raised in New York, she later moved to Florida, where she met her love of over 40 years, William E. Benjamin, II, who predeceased her by two years, and with whom she will rest, along with her mother and childhood nanny, on the farm she loved.

Memorial services will be held in 2017.