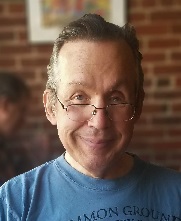 Ellsworth
William “Bill” John Krenicki, 69, passed away peacefully on April 28, 2020 in Ellsworth, ME. He was born February 18, 1951 in Denver, CO, to William Krenicki Jr. and Mary Shirley Krenicki.
Bill graduated high school in Middletown, CT. Among many other positions, he was a self-taught typewriter repairman who navigated the technology industry shift to computers, working for a variety of companies including Panasonic and Motorola. In the 90s, his career brought him to Chicago, IL, where he raised his two youngest children and received his degree in Computer Security from the College of DuPage. He proudly served as committee chair of BSA Troop 35. In 2013, Bill retired to his wife’s home state of Maine, where he continued his involvement with BSA and educated locals and tourists alike on the science of the sea as a Mount Desert Oceanarium staff member. He joined Church of Our Father, where he was a member of the vestry, the Outreach, Mission and Evangelism Committee and fulfilled his passion for service by organizing donations to the Bar Harbor Food Pantry
Bill is survived by his wife of 34 years, Christina Graves Krenicki, and their two children, Anya Nicole Krenicki of Chicago, IL and William Preston Krenicki of Ellsworth, ME. He is also survived by daughter Laura Joy Krenicki of Waterford, CT; daughter Wendy Lynn Bargnesi and husband of Arcadia, FL; son Robert William Krenicki and wife of Quaker Hill, CT; granddaughter Jessalyn Susan Krenicki of Quaker Hill, CT; brother James M. Krenicki and wife of West Hartford, CT; sister Donna K. Owens of Dalton, MA; and many nieces and nephews.
His perseverance, infamous sense of humor and huge joy for life will be greatly missed.
A memorial service will be held at a later date. Gifts in Bill’s memory can be made to the Bar Harbor Food Pantry, P.O. Box 434, Bar Harbor, 04609. Condolences may be expressed at www.acadiacremation.com