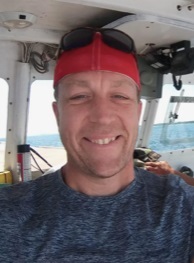 Justin attended Ellsworth High School and became a successful contractor who took great pride in quality and fairness.  Justin also worked as a commercial fisherman. Working on the ocean was one of his greatest joys in life. Being on the water is where he found happiness, comfort and peace.

Justin was proud to be a United States Marine, although he was honorably discharged due to an injury and did not deploy as he had hoped, he held great pride in his accomplishment and honor of being a Marine.

Justin will be remembered for his incredible resilience and persistence in facing life’s many challenges. He was an extremely dedicated and devoted father to his son, Caleb who he loved very much. Justin was fiercely loyal to his friends and family and he was always willing to lend a helping hand.  Justin lived with positive hope in times of adversity. He was active in the recovery community and was grateful to his many long time friends that had supported him throughout the years. Justin recently found happiness with his fiancé Niki Foss and her children.

We will miss Justin’s presence, his smile and his great humor. We will honor him, by remembering his fortitude, compassion, and generosity.

Justin is survived by his parents Candice and Louis Kiefer, his son Caleb Louis Gibson, fiancé Niki Foss, her children Rhiana and Logan and by his many friends and extended family.

Condolences may be expressed online at www.acadiacremation.com