He was a lobster and eel fisherman by trade. Affectionately referred to as “Clark” by his closest friends, and “The Hound” by the hunting community. Josh was a skilled archer. Well known for his excellent deer hunting and tracking abilities. Josh could walk in a room and light it up with his contagious smile. He had a huge heart and was passionate about everything he did. He was boisterous when he told of his stories especially hunting and fishing stories. His arms would be going, he would almost jump around, and his big voice and excitement commanded everyone’s attention. He loved sharing the outdoors with everyone and especially being sure that youth were involved in outdoor sports. His ice fishing skills were as impressive as his hunting. As it was put by Josh’s very good friend, David Kelley “Clark was in his chapel when he was on the ice”.

Josh was a devoted father who loved his children dearly. He was a loving son, brother, nephew, cousin and a very special uncle.

Josh had countless friends even when Josh was struggling himself, he would reach out to anyone he knew that may need emotional support. He touched so many people with his kindness. Josh was a loving soul who cared deeply and wore his heart on his sleeve. He often felt misunderstood and referred to himself as a “free Spirit” The connection that Josh had with the forest and the water brought him through his darkest times, as well as his most devoted friends at his side with one call.

He was predeceased by his most faithful friend, his dog Sammie whom he lovingly named after his beloved Aunt Samantha. Joshua is survived by his wife Michelle Mac Donald; step son Robert Chapman whom he loved like his own; his sons, Landon Shane Clark (Hodge), Timmy Jordan, George Wayne Moon, and Easton Jeffrey Clark; daughter Grasea Amelia Clark; Jeff Clark and fiancé Stacy Rogers; Lorene Grant and fiance’ Michael Hines; grandfathers, Jerry Clark and John Snow; grandmothers, Chrystal Medley and Amelia Snow; sisters, Amelia Clark and Katie Clark; many aunts and uncles including Zachary Stevens and Tahnya Burns. He had a special relationship with his nephew, Greyson Buzzell and cousin, Zachary Oliver.

A Celebration of life will be held this summer 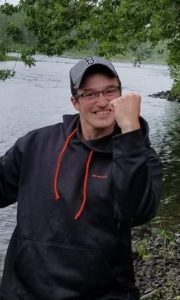 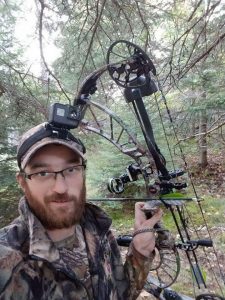