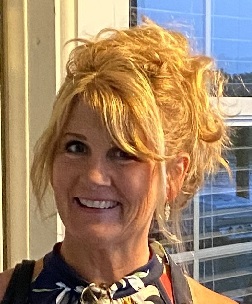 Kathryn Elizabeth Walsh Johnson, 59, won her battle with ALS on Tuesday, June 14, 2022, at her home on Seal Cove Pond. Kathy was born on December 10, 1962, in Bangor to her loving father Edward James Walsh and mother Vicki Jane Walsh.

Kathryn grew up living in several states as a young girl, while her father was enlisted as a Staff Sergeant in the US Air Force, including Texas, Idaho, Louisiana, Hawaii, and others. She returned to her family origins in Seal Harbor, Maine as a teenager and graduated from MDI High School in 1980. Kathryn later attended the University of Colorado in Fort Collins, working toward a degree in Animal Science, before giving birth to her first child and then returning to Seal Harbor where she would raise all of her children.

Kathryn found the love of her life in Carlton Johnson, and they went on many adventures! Together they were local boat builders at Redfern Boat. They built a life of love and connection to the local community, where they ultimately settled in the beautiful views of Seal Cove Pond with their special Bernese Mountain Dog, Maya, and Newfy, The Edge. Kathryn was involved in musical theater at The Grand in Ellsworth and sang in several small church groups as well as musical side projects Shakewell, Eden Turnaround, and Norumbega Trio.

Kathryn was kind and compassionate to all who knew her, as well as a fierce protector and matriarch for her children. She was tireless in her generosity of spirit and effort to aid others in need of help or comfort, with her intrinsic wisdom and many creative talents. Her altruism is a legacy of virtue her children hope to continue, and honor her by.

Kathryn had a wonderfully full life, that was abruptly shortened – like so many patients with ALS. She was forever grateful and wanted to thank the community of friends that supported her through this disease. She would encourage continued awareness for ALS, toward striving for an effective treatment that will stop the disease in its tracks.

She is survived by her husband Carlton Johnson (Seal Cove), her mother Vicki Jane Walsh of Bar Harbor, as well as her four loving children and their families: Marie Ericsson and fiancé Andres Sedano and their son Quentin of Rockland, Laura Geisler and her husband Ben and their children Josie, Mae, Ivy and Jack  of Mahopac, NY, her son Liam King of Bar Harbor, and her son Cameron King and his partner Crystal DaCosta of Verona Island. Her sister Deborah Walsh of Trenton with her children Sarah Dedej, husband Ermal and daughter Annabelle of Arlington, VA, daughter Sydney Cough of Washington, DC and brother Sean Walsh, his wife Susan and daughter Lucia of Winter Park, FL. She is also survived by her special bonus children Alex Hartley Johnson of Seal Cove and Katie Hartley Johnson and her daughter Emma of Lamoine. Kathy is predeceased by her loving father Edward James Walsh.

A celebration of Kathy’s life will be held on Sunday, July 3, 2022, at 3pm at the Seal Harbor Cemetery.  Reception to follow at Seal Harbor Firehouse.