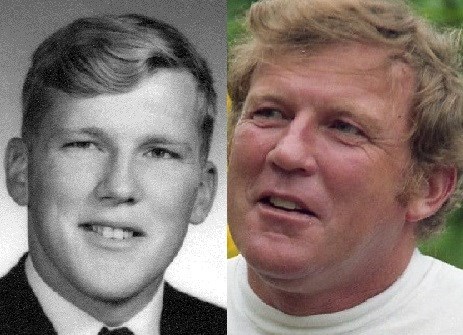 Surry — Robert Francis Hodgkins Jr. died August 22, 2017, at the Maine Coast Memorial Hospital in Ellsworth with his daughter Kinnane at his bedside. Bob was born July 20, 1946, in Weymouth, Mass. He was 71 years old.

Bob graduated from Bar Harbor High School in 1965 and, following graduation, joined the Army. He was stationed at Fort Bragg, North Carolina, attached to the 173rd, 101st 82nd Airborne Division. He did two tours of duty in Vietnam. Bob made several combat jumps into Vietnam, most notably during the Tet Offensive. Bob received an honorable discharge and pursued a career in law enforcement. He trained at the Police Academy in Maine and was employed with the Bar Harbor Police Department. A transition to the Hancock County Sheriff’s Department in the role of detective was the next step in Bob’s career. In the line of duty for the Sheriff’s department, Bob sustained a back injury that left him 100 percent disabled for the rest of his life, cutting short what would have been a wonderful career in law enforcement. Bob also suffered from post-traumatic stress disorder and was 100 percent disabled through the Veterans Administration. Thus, Bob’s life was not easy due to these two significant factors.

Bob was loved by all that knew him for his larger than life presence, his sense of humor and for his unrelenting selflessness and generosity. Bob was devoted to his two daughters, Kinnane and Bobbi, and always wanted the very best for them. He was the happiest when he was on his beloved Frenchman’s Bay. The love affair really started when he was the tour guide on the Frenchman’s Bay Sightseeing Boat in the 1960s. He loved talking on the loud speaker, pointing out the geographical wonders of MDI. As an adult he spent many hours fishing for mackerel and cod, cruising around Penobscot Bay in his various boats.

His death has left his family and friends in deep sorrow. He will be dearly missed and remembered with great fondness. We will all remember the light in his eyes and the joy he expressed when seeing each of us.

Bob is survived by his two daughters, Kinnane Hodgkins of Surry and her two daughters, Nevaeh and Serenity, and Bobbi Hodgkins of New Bedford, Mass; four sisters, Luere Hodgkins Glover of Bar Harbor and her children, Peter York of Napierville, Ill., James York of Hattiesburg. Miss., and Sara York of Hoffman Estates, Ill., Mary Hodgkins Banfield of Bangor and her children, Kimberly Devanney of Chester, N. H., and Christopher Carter of Durham, Maine; Katherine Hodgkins McMullen of Fairhaven, Mass., and her children, Jessica Pierce of Chester, N.H., Rachel McMullen of Fairhaven, Mass., and Stanley McMullen of Martha’s Vineyard, Mass.; and Rebecca Hodgkins Jordan of Phenix, Ala., and her children, Dana Haynes of Trenton and Richard Haynes of North Carolina, and all his sisters’ families. Bob also is survived by his sister Deanie’s children, Greg Linscott of Mount Desert Island, Jeff Linscott of St. Agatha, and Susan Linscott of Brewer. Bob was pre-deceased by his parents, Robert F. and Fredonna Hodgkins of Bar Harbor, and his friend and sister, Geraldine (Deanie) Hodgkins Linscott. Bob also was pre-deceased by his former wife and mother of his daughters, Mary (Buffy) Curtis Hodgkins.

A graveside service will be held at 1 p.m. Friday, Sept. 1, at East Lamoine Cemetery, 363 Lamoine Beach Road, Lamoine. A reception at Lamoine Beach State Park will immediately follow the service. In lieu of flowers, donations in Bob’s memory may be made to the VFW Post #109, P O Box 281, Ellsworth 04605