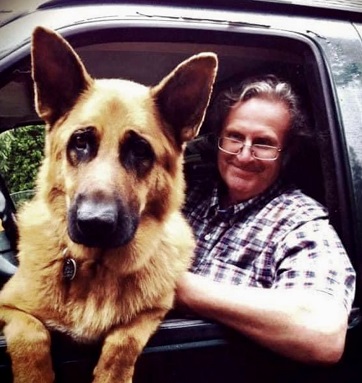 Leo Michael Higgins died peacefully in his sleep on January 10. 2022. Leo was born August 17, 1946. He was the baby of his large Catholic family in Bar Harbor.

He attended Saint Edward’s school in Bar Harbor and later Bar Harbor High School. Leo joined the Army in the mid 60’s and headed to Vietnam where he worked as a medic. Leo worked at the post office for several years before joining the Maine Seacoast Mission where he worked for 22 years making deliveries to Cherryfield and maintaining the building and grounds. Leo was a bus driver for several years for the local schools, served on the Bar Harbor Town Council, a volunteer Fire Fighter when his brother “Butch” was the chief. He also worked at Carey’s variety on the side and took over some caretaking for his Father. He went out on his own with his caretaking and painting business and was known as the “House Doctor”. Leo formed many lasting friendships with his clients, and many others who he worked with. His work gave him a lot of joy and he did it up to the day he died.

In lieu of flowers please donate in Leo’s memory to The Travis Mills Foundation, 747 Western Ave. Manchester, Me. 04351, or the Maine’s Veteran’s Project, 207 Parkview Ave. Bangor, Me. 04401. Both organizations have online donations on their websites as well.