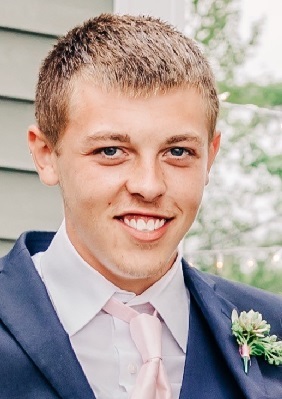 Gouldsboro
Jessob D. Hayward, 22, died unexpectedly February 6, 2021. He was born in Bar Harbor, November 18, 1998 the son of Dwight Hayward and Janean Marie Joy
Jessob was a lover of life and enjoyed it to the fullest. Joking with his nephews and nieces was a priority, he adored them as much as they adored him. He always had a big smile and hug to give, and more often than not a quirky comment. His expertise with tinkering and fixing “toys and things” came early on and rightly so. Being handy, like his Dad, Jessob would build great bicycles from mere scraps at an early age, asking “Lynn, what you got for tools in ya truck?” After bikes and skateboards, it was onto wheelers, dirt bikes and snowmobiles…
Jessob is survived by his brother and best friend, James Hayward; sister-in-law, Taylor Hayward of Franklin; sister, Katrina Hayward; brother-in-law, Jared Sandstrom; Uncle John Joy; grandmother, Linda Joy all of Gouldsboro; brother, Dwight Hayward of Addison; Aunt June Ledwith of Cornish; longtime fixture, Lynn Broughman of Trenton; and many friends that were considered family. He was predeceased by his parents, and grandfather, Paul Joy.
Your laugh, good humor and silly ways will be greatly missed. You are forever in our hearts. Rest easy “Funkle Jeb”
Arrangements by Acadia Burial & Cremation Direct, 248 State St. Ellsworth
Condolences can be expressed at www.acadiacremation.com