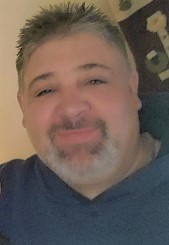 Wayne attended Waterville Senior High where he excelled at hockey and football. He began his culinary career with his dad at Steve’s Restaurant in Waterville and enjoyed cooking.

Wayne moved to Bar Harbor in the late 90’s. What started as seasonal work became his long-time home and community. He worked at the Thirsty Whale and several other restaurants. He was a huge Pittsburg Steeler’s fan. Wayne had a huge heart which earned him many friends. He would do anything for his friends and will be missed by them all. In Wayne’s memory, never forget to be ‘top shelf, no dust’.

He is survived by his parents, Louise and Harry Doolan; brothers, Bobby and Kevin Doolan; nephews, Jordan, Ben, Jake and Josh Doolan; niece, Brennah; one great-niece and three great-nephews and one on the way. He was predeceased by his grandfather, Joseph LaFamme.

There will be a private funeral for family and a celebration of life for friends and family to be announced at a later date. Wayne will be buried at Pine Grove Cemetery in Waterville.

In lieu of flowers, contributions in Wayne’s memory may be made to the Alfond Youth Center Boys & Girls Club, 126 North Street, Waterville, ME 04901