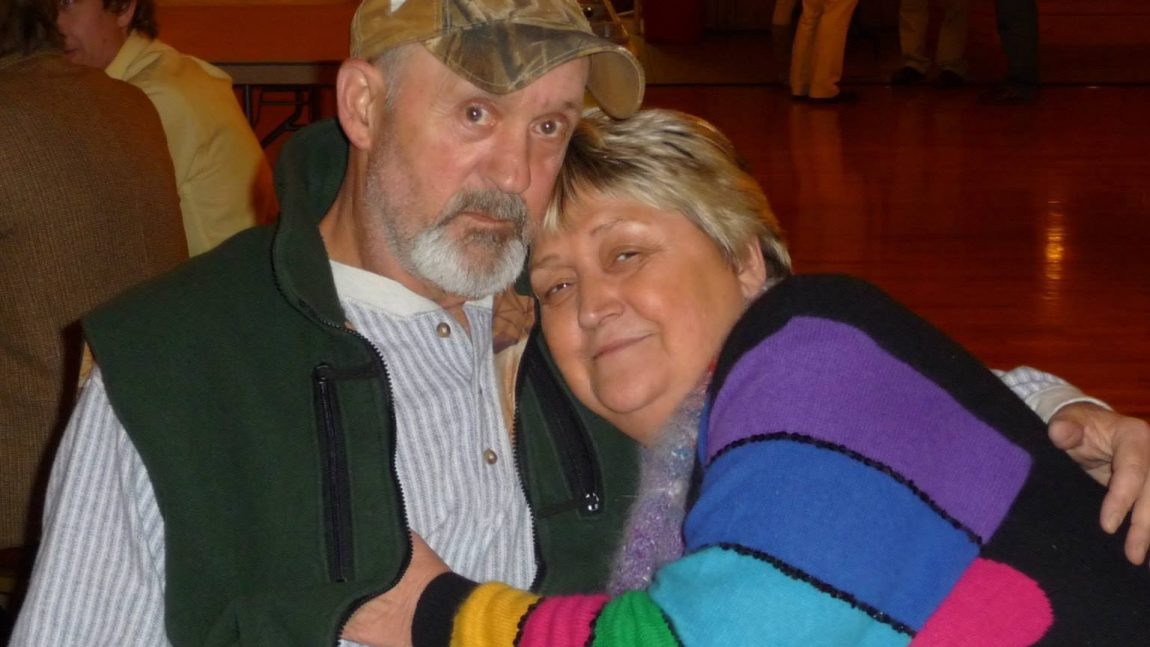 Douglas (Doug) A. Herrick (63) passed away peacefully in his Hancock home on February 7th, 2020, after a seven year battle with lung cancer. He was born February 1st 1957, to George & Carolyn Herrick in Belfast, at Waldo County General Hospital.
Doug graduated from Searsport High School, in 1975 where he excelled in a variety of athletics. The following year on September 25th, he married the love of his life, Donna E. (Hamilton) Herrick.
After working at the Ellsworth American running the paper machines, he became a longshoreman, working the docks in Searsport. In 1981 there was an accident at work which left him fighting for his life. Doug was crushed when a 1,500 lbs paper roll fell from 40 ft, fractured several of his bones including his back, and crushing his face. Doug was a fighter, and after a long recovery he went to work for himself, clam and worm digging, and as a Licensed Bait farmer/ distributer. He spent his evenings as the Night Manager at Tideway Market where he worked for over 20 years. Doug was a caretaker for the last 15 years of his life for many MDI Properties, including a special family, close to his heart; The Kales.
Doug was an outdoorsman of every kind. He loved to hunt, fish & bird watch. Doug raised free range ducks & could often be found by his back yard pond feeding them & “his” fish. If you didn’t find him at home or working, you could more than likely find him at The Tideway scratching lottery tickets, which served him well when he won $100,000 in 2009.
He was a family man and put his children & family first, in everything he did. He is survived by his wife of 43 years, Donna (Hamilton) Herrick, their Son; Danny Herrick & wife Tammy Herrick, and their Daughter Coralee Dewey & husband Donny Dewey.
“Pa Doug” also lives on in the lives of his granddaughters, Jordan Herrick, Megan Welch, Kassie (Herrick) Warren, Abby Welch, Corinne Gleason, and grandson Derek Gleason. His great-grandsons; Milo, Kolby, Cooper, and Mitchell.
Doug is also Survived by his siblings and their spouses; Dolores & Edgar Merrithew, Donald & Darlene Herrick , Darlene & Herman Barr, Dorothy & Arnold Connor, Denise & William Dakin, Donna Parks, as well as many nieces and nephews that he loved dearly and special niece who considered him like a father; Heatherlyn Hamilton-Chronis.
Doug was preceded in death by, his parents, George & Carolyn Herrick, great-granddaughter Leeona Warren, his dear friend Jeff Bright, and of course his beloved dog ‘Sir Coco Puff.’
“Doug was a good man”, a quote from many. He will be missed, and in our hearts forever. A special thank you, from his family to Barbra Patten and Nurse Alley Roar, for providing Doug with quality end of life care. A celebration of life will be held at the home where Doug and Donna built their life together and upholding Doug’s wishes, the service will be held in June.
Condolences may be expressed at www.acadiacremation.com