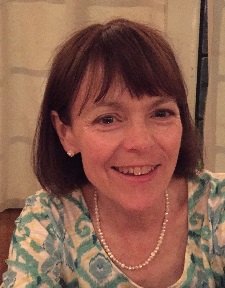 BAR HARBOR – Ann Diamond, 61, died August 4, 2020 after a long illness. She was born June 6, 1959 in Evanston, Illinois, the daughter of James J. and Mary Ann Diamond.
Ann graduated from St. Louis de Marillac High School in Northfield, Illinois. She graduated from Northwestern University in 1981. She taught at St. Mary’s Mission School in Alaska with the Jesuit Volunteer Corp. She graduated from Harvard Divinity School in 1986 and taught religious studies at Woodlands Academy of the Sacred Heart in Lake Forest, Illinois. She continued her studies obtaining a PhD in counseling psychology from Northwestern University in 1996.
Ann moved to Massachusetts in 1996 where she met her husband Wayne Wilson. They married in 1998 and lived in Hingham, Massachusetts. Ann established her profession psychotherapy practice in that locality and continued until 2013 when they relocated to Bar Harbor, Maine. Ann continued her work there until 2016. Ann loved to walk and hike on Mt. Desert Island. She was an avid photographer.
Ann is survived by her husband Wayne Wilson; their daughter Beatrice Wilson; and their son Alan Wilson. Ann leaves behind many friendships developed over her lifetime.
Memorial services to honor the Ann’s life will be held at a future date when it is safe for people to congregate.
Arrangements by Acadia Burial & Cremation Direct, 248 State St. Ellsworth
Condolences may be expressed at www.acadiacremation.com