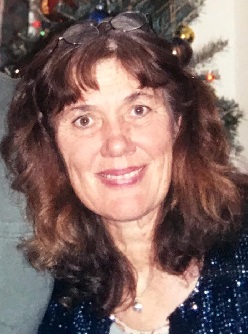 Bar Harbor — Joan Karen Dasmann, 76, passed on to heaven on Dec 23, 2018 at MDI Hospital. Born on November 17, 1942 in Oregon she was the daughter of the late William Patrick Dasmann of San Francisco and West Jefferson, NC and Edna May Dasmann of Chillocco, OK and San Rafael, CA.

Joan grew up in a family of wildlife ecologists in California and loved exploring the redwoods, Yosemite National Park, and her most favorite place of all – the Grand Tetons of Wyoming. In college she took an inspirational course on the natural history of seaweeds and created an enormous collection of pressed seaweeds from the west coast. She graduated from San Fransisco State University in 1966 with a BS degree in Biology. As a sophomore in college, she had heard a speech by JFK announcing the formation of the Peace Corp, she joined after graduation and was sent to teach in Kenya to teach at the Kahuhia girls school in Fort Hall for two years and the Chinga Boys School in Nyeri for a year.

While in Africa, in 1967, she met and married another American teacher and an artist, Richard B. Klyver, of Baldwin, NY (divorced 1990). They regularly adventured off on safari in Kenya: visiting the Serengeti Plains, hiking up Mount Kenya, and to meet George Adamson, of Born Free fame, in Meru National Park. They explored the Gombe Stream primate research site of Jane Goodall and Olduvai Gorge, one of the most important paleoanthropological sites in the world; both in Tanzania, and the famous Victoria Falls in Zimbabwe. Other travels took them to visit the lemurs of Madagascar and to the headwaters of the Amazon River in Brazil.

They returned to the states in 1970 and settled in the lower east side of Manhattan bringing with them a menagerie of animals from their travels that included nocturnal primates called bush babies, an African Eagle Owl, and a three toed sloth. In 1974 they moved to Eastport, Maine where Joan raised a family, was active in a variety of local churches, and worked in the Holmes sardine fish packing plant canning sardines.

In recent years she split her time between the east coast and west coast living and working in Marin County, California; Cannon Beach, Oregon; and Yosemite National Park. Joan loved researching her family heritage and went on a number of trips to Europe with her daughter Jennifer to visit family castles in Scotland, family farms in Ireland, and historical sites in England. Joan loved cooking, animals, nature, watching wildlife documentaries, reading her collection of bibles, writing poetry and painting watercolors.

Her beautiful life will be forever cherished in the lives of her children and family: her daughter Jennifer Klyver and son Zack Klyver, both of Bar Harbor. She is also survived by an older brother she adored, Gary Dasmann, and his wife, Lynda, of Nevada and their children Ian, Seth, Alycia, and Lisa and her loving sister Nona Dasmann of Fairfax, CA and Nona’s daughter Sara Staley, and her husband, Brian of Woodacre, CA. Also, her college best friend Sonja Rustad of Roseville CA, and dear friends Sally McDugal and the late Judy Putnam of Eastport, Maine.

Her family would like to thank her fellow parishioners at the Pentecostal Life Church in Bar Harbor and the staff of the MDI hospital for the love, care and assistance extended toward her in recent years and during her time of transition.

A memorial celebration for Joan’s life will take place in April in California and her ashes will be placed on Mount Tamalpais, the tallest mountain in the Marin Hills and home to Muir Woods. Her request is to have her ashes placed on the same hill as her beloved mother, with scenic views of San Francisco, the pacific coast, and the California coastal range – all of which filled her heart with joy and inspiration throughout her life.