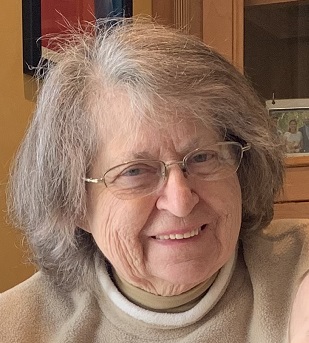 Franklin
Carolyn Maynard Cossette, 78, passed away peacefully surrounded by her loving family on July 25, 2020. She was born August 22, 1941 in Bangor, the oldest daughter of Roger and Juanita Maynard. She was raised at Maynard’s Sporting Camps in Rockwood where she helped her parents run the camps and restaurant. Carolyn graduated from Greenville High School, class of 1960 and went on to study administrative sciences at Husson College in Bangor, later working in the Public Utilities Commission in Augusta. Carolyn met her husband, Bob while they were both working in Greenville. They were married on October 10, 1970 in the Log Chapel in Rockwood and spent nearly 50 years together. Bob and Carolyn raised their children, Lorraine, Clayton, and Travis, in Franklin, where Carolyn was active in the Women’s Guild, the Franklin Library, and the Franklin Community Center. She was known for volunteering her time to make arts and crafts for nursing home residents and led community outreach visiting local schools to teach students about recycling. Carolyn was known for treating everyone like family. She invited you into her home and made you feel like a long-lost friend. She always thought of others before herself, and she was happiest either 4-wheeling with Bob and Punkin, camping at Cobscook Bay State Park, supervising the progress in her garden, or baking blueberry pie and making jam. She was well-known by locals and visitors for her pickles that she made and sold from home. She was kind, loving, supportive with a good dose of Downeast humor.
Carolyn is survived by her husband, Bob; her children, Lorraine, Clayton, and Travis and his wife, Paulina; her grandchildren, Justin, Devin, Abigail, Larissa, and Collin; her brother and sister-in-law, Bill and Gail Maynard, of Rockwood; her sister and brother-in-law, Colleen and John Owens of Greenville; and numerous nieces and nephews throughout Maine.
The family will hold a gathering of family and friends later this year with committal at the Bayview Cemetery in Franklin. In lieu of flowers, donations can be sent to the Acadia Area ATV’ers, PO Box 1676, Ellsworth 04605 or to The Ark Animal Shelter, PO Box 276, Cherryfield 04622.
Arrangements by Acadia Burial & Cremation Direct, Ellsworth
Condolences may be expressed at www.acadiacremation.com