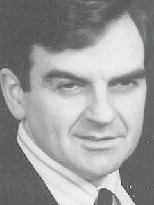 Franklin
Reginald S. Clark, who died on February 27, 2021, was thoroughly unique. No matter what he did—whether it was woodworking, parenting, driving a car, riding a motorcycle, coaching, teaching, preaching, or just talking—his approach was always “10,000 pounds” of original. That was the secret of his success—well, and occasionally his failure. I mean, who else could overbuild and underbuild the same picnic table?
Reg was born in Boston, Massachusetts on February 5, 1947. Early on he took an interest in sports, particularly basketball, the game he loved. Many found it surprising when this kid, who was so full of energy, started taking piano lessons, even more surprised when he stuck with it. Fairly quickly, it became clear that he had a rare musical talent. He played piano with the same intensity that he played sports: he gave it everything he had.
He could play classical pieces from sheet music he had never heard and could play anything by ear in any key. Throughout his life, he often spoke of the influence that his piano teacher, Ruth Penkos, had upon his life. She, a graduate of Julliard, thought so highly of him that in her will she left him her baby grand piano, which he continued to play up until ten days before his death.
But it wasn’t as if his musical interests lessened his love of sports. He ran cross country, played tennis and was a solid basketball player on Foxboro High School’s varsity team (Class of 1965). Reggie always referred to Coach Dick Graves, with whom he remained connected, as one of his most important mentors.
Later, as a student at Eastern Nazarene College in Wollaston, MA, he was also on the varsity basketball team. Though he was a good all-round player, the thing that made him stand out was his passing ability. That was his focus, and it said everything about him.
He spent the summer of 1968 in the Student Mission Corps in Trinidad. Much of the day he would play soccer with the young men with whom he was “supposed to be working.” When he was reprimanded for spending too much time playing, he said, “This is my work,” and it was. Several of the young men he met during his time there remained in contact with him long after that summer was over. Because he was so thoroughly himself, he made an impact on people everywhere he went. Being around him had a liberating effect on others.
While a student at Eastern Nazarene College, he met Joanna Trask, whom he married in 1969. From the time they met until his death, it was clear to everyone who knew them that they were an exceptionally close couple.
After Reg graduated from ENC, he became a math teacher at Duxbury High School. His students loved him. Often, he would wear two watches to school. When kids would ask him why, he’d say, “It gives me more time.” Or when someone would comment that his tie didn’t go with his shirt, he’d say, “No, but it goes with my tee shirt.”
Eventually, he would coach cross country, basketball, and track at DHS. Joanna and Reggie worked at this jointly. During the summer they would invite members of the team to their house for a week-long cross-country camp. Joanna would feed the boys and make them feel at home, and Reggie would run with them, play basketball, tennis, volleyball, and they would swim. It was this kind of all-out effort that enabled his teams to win a total of twenty-four league and division championships, as well as a state championship for his basketball team and three state championships for his track team.
Beginning in the late 1960s until the early ‘80s, Reggie completed a total of fifteen marathons, including several runs in the Boston Marathon. Though not a natural runner, he felt it helped his cross-country team remain interested in the sport.
In 1993, Reggie and Joanna moved to Ellsworth, Maine, where he became the pastor at the Church of the Nazarene. Again, this was a joint effort. Joanna worked with the children, taught Sunday School class, and made sure Reggie’s clothing matched. People who wanted nothing to do with the church or God would meet Reggie, become curious, and give his church a try. A number of those people ended up becoming Christians, and ultimately, members of the church.
In 2009 Reg was diagnosed with Multiple Myeloma, from which he suffered for over a decade and which ultimately led to his death. Following his retirement in 2011, Reggie spent a great deal of time with his children and grandchildren, and in keeping in touch with former students, friends, and extended family. And fighting to stay alive.
He was inducted into the Foxboro High School Hall of Fame for his basketball playing, and into the Duxbury High School Hall of Fame for his coaching.
He leaves behind his wife of fifty-one years Joanna Trask Clark; his four children, Samon Chann (Sotha) of Lynn, MA; Mike Chea (Vantha) of Fontana, CA; Christopher Clark of Bangor; Patrick Clark (Brandi) of South Portland; his sisters, Patricia Danforth (David) of Blaine, MN; Jacqueline Stanford (Kenneth) of Quincy, MA, as well as eleven grandchildren. He was predeceased by his father Stanley Alfred Clark, and his mother Thelma Andrew Clark.
The date for his memorial service has not yet been determined, though it is likely to happen on July 3rd, depending on Covid restrictions. If you are interested in attending, please call (207) 743-3815 after June 15th for further information regarding the date, time, and location.