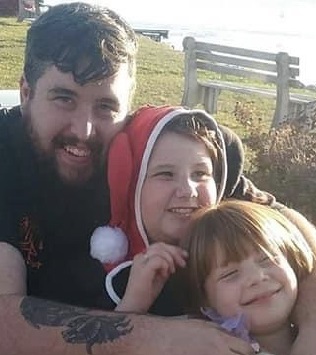 Bucksport
Edward Thomas Burton, 32,(Edmondson-Weinstock)ended his 3 1/2-year battle with appendix cancer (ACPMP) on Saturday January 2, 2021 with his mom by his side. He was born Nov 7, 1988 in Perth Amboy NJ, the son of Marjorie (Scillia) Weinstock of Bucksport and Ira Weinstock of Melbourne FL. He was raised in Freehold and South Amboy NJ. He lived an active life and enjoyed everything from skateboarding, building forts, hiking, biking, baseball, soccer, taekwondo, working in his parent’s bakery, tinkering with everything mechanical and all the endless pets he had over the years. A 2008 graduate of EHS and HCTC where he obtained his Class A CDL. He truly loved his short career as a concrete truck driver with Sargent’s Material. He had a natural talent for anything mechanical. He enjoyed building and repairing almost anything. He was the president of his car club “Beyond City Limits”. He enjoyed car shows and was always lifting or lowering his vehicles. Joyriding was always a favorite past time for him. Up until he no longer could, he loved doing his “raids” on Pokemon Go.
In addition to his parents, he is survived by the loves of his life daughters, Abigail, Amanda and their mom Ariel Burton of Eastbrook; his grandmother Alice “Nenaw” Scillia of Ellsworth; Uncle Gary & Aunt Debra; cousins, Aaron & James Scillia of Ellsworth; aunt JoAnn; cousins Dylan & Sean Scillia of Marlboro NJ; half-sisters Margaret (Maggie), Kathleen Weinstock and Harley Edmondson; birth father Tony Edmondson of Social Circle, GA; on top of numerous other relatives; and dear friends that was by his side Ashley York and Castiel. Edward was predeceased by Mark Weinstock, Chrissy Edmondson, Uncle Steven, Uncle Charles 3rd “Guck”, Grandparents, Charles Scillia Jr., Margaret & Hermon Weinstock, Eddie T & Katheryn Edmondson, Harley & Pickett.
Services will be held on January 17, 2021 at 2pm at Maine Coast Baptist Church 867 Bangor Rd, Ellsworth. Edward will be returning home to New Jersey for his final resting place to be announced later.
A special heartfelt thanks to New England Life Care for always going above and beyond for all his needs.
Arrangements by Acadia Burial & Cremation Direct, 248 State St. Ellsworth
Condolences may be expressed at www.acadiacremation.com