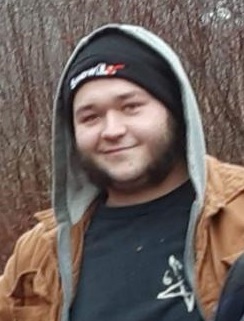 Franklin
Justin J. Burnett (a.k.a.”Chops”, due to his very thick and well groomed mutton chops) died suddenly May 15, 2021 at his home in Hog Bay, Franklin. He was born in Blue Hill, October 29, 1999 the son of Robert D. and Kathryn Renee (Rotz) Burnett IV.
He was a graduate of Sumner High School, class of 2016. During his junior and senior year, he attended welding classes through HCTC. After graduation he enrolled in the welding program at Washington Hancock County Technical College and completed a 2-year degree in 10 months. He was awarded the first Welding Scholarship grant at that college. Justin was a wonderful man and a proud member of Welder’s Union #179. He was an accomplished welder at 21 having been employed by Steel Pro and Douglas Dynamics/Fisher Plow in Rockland. He made a distinct and memorable impression in his time there.
Justin was an avid and talented hunter, fisherman, lobsterman, welder, and chef. He was a top-notch bragger – rightfully so. He enjoyed his family, his tattoos, music, chasing the ladies and usually catching them. He was an old soul that lived a lot of life in a short time. He loved deeply and was deeply loved by thousands.
He is survived by his parents; brother, Nathan R. Burnett; grandparents, Heidi Burnett, Robert and Mary Burnett III, Brenda, and Stuart Northup; great aunt and uncle, Wanda, and Chris Calor; aunt, Jennifer Rotz; uncle, Jeffery Grant; second cousins, Donna Young, Sheryl and Jim Smith and Walter and Lori Bell; cousin, Hannah Smith, and many, many more cousins, relatives, and friends too numerous to list. He will be deeply missed by his loving black cat of almost 20 years, Jolsen. Justin was predeceased by four great-grandparents; including Beverly P. Urquhart; grandfather, Joseph W. Rotz; cousin, Russell L. Burnett and his still missing beloved Uncle Russell D. Burnett.
In lieu of flowers, the family requests donations made to his Go Fund Me Page to grant a welding scholarship in his honor.
A memorial service for Justin will be announced at a later date.
Arrangements by Acadia Burial and Cremation Direct 248 State St. Ellsworth.
Condolences may be expressed at www.acadiacremation.com.