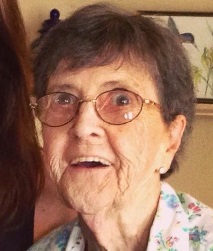 Ellsworth — Susanne Schoentzler Brown of Ellsworth passed away on Tuesday, March 28th at the age of 79 at Eastern Maine Medical Center in Bangor, surrounded by her family.

Susanne was born in Newport, Rhode Island to Nataline and Paul Schoentzler on April 30th, 1937. She attended Willimantic State Teachers College.  She later married Robert Brown and lived and taught in Norwalk.  Susanne and her family moved to Ellsworth, Maine in 1971.

“Nanny Sue” as she was called by many, enjoyed caring for children more than anything else in life. Her in-home daycare was a second home to so many that have shared fond memories of her.   She had many wonderful friends that later in her life would take her for rides, out to eat, shopping, and watch her favorite team with her – the Red Sox.  She was a devoted mother, grandmother, great grandmother and friend, never missing anyone’s birthday or anniversary.

A prayer service and celebration of life will be held on Sunday, April 2nd for family and friends downstairs at the Ellsworth Congregational Church at 2pm.   A private interment will be held later in the spring.