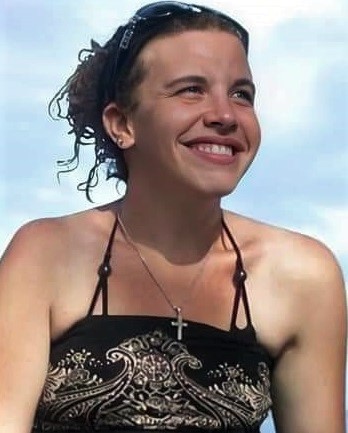 Brittany came into the world on March 27, 1987. As she grew, it quickly became apparent that she preferred marching to the beat of her own drum, even when the rhythm made her unable to sit still for long. Her constant movement didn’t keep her from learning, by the time she started kindergarten she could add and subtract double digit numbers and had already started to read.

Her love for reading and writing followed her throughout her life, she could often be found with a book in her hand or doodling in one of her many journals that she filled with her thoughts and dreams.

Brittany was, to a fault, one of the most kindhearted and giving people. One day in high school, her mother had to turn away a group of strangers, self-proclaimed “gypsies,” who appeared in the yard and explained that Brittany had met them in the park and had invited them to set up camp in their yard. This was true Brittany fashion, she always saw the best in people, which would contribute greatly to her later struggles in life.

Her intelligence and her love for true crime led her to graduate high school a year early, and head to college to study criminal investigation. Although that adventure didn’t pan out, she started a new one when she returned home and gave birth to her eldest son, Chase, followed by her daughter Summer just a couple years later.

A short time later, Brittany’s life took a drastic turn when she entered into a physically abusive relationship with an emotionally manipulative narcissist who would prove to be her most destructive addiction. As she spiraled deeper into her drug addiction, Brittany lost custody of her oldest children and went on to bring 5 more children into the world with him, all of whom would eventually be placed in adoptive homes.

During one of Brittany’s many attempts to break free and start a new life for herself, she was welcomed into First Baptist Church of Bar Harbor where she formed many valuable friendships and bonds.

Ultimately, her addictions and her abuser had a pull too great, and Brittany spent the last couple years of her life in the throes of active addiction, experiencing homelessness, distanced from her family and children in an attempt to shield them from the life that she was living.

There will be a small celebration of Brittany’s life on Thursday, October 6, at 5 pm at Head of the Harbor Church in Tremont. Please feel free to bring a favorite dish and any stories that you are willing to share.

In lieu of flowers, donations in Brittany’s memory may be made to Adoptive and Foster Families of Maine, Inc., 304 Hancock St. Suite 2A, Bangor, Maine 04401.